The RKD and the Fondation Custodia are delighted to announce the appointment of Joyce Zelen MA as the first Jacoba Lugt-Klever Fellow. The fellowship will start on 1 March 2019. It was established in memory of Jacoba Lugt-Klever (1888-1969), wife of the collector and connoisseur Frits Lugt and co-founder of the Fondation Custodia. The fellowship is a collaboration between the latter institute and the RKD and offers an experienced researcher in the area of prints and/or drawings the opportunity to work on their own research for a period of two years. The location is The Hague.

During her time as Jacoba Lugt-Klever Fellow, Joyce Zelen will be looking into the origins of printmaking in the Netherlands in the fifteenth century. The earliest engravings and woodcuts were produced by anonymous artists, who usually signed with a monogram or house mark, for example the Monogrammist FVB or the Master IAM of Zwolle. A corpus of fifteenth-century Netherlandish prints was compiled by Max Lehrs in the years 1908-34 and by Friedrich Wilhelm Hollstein in 1955. However, our knowledge of Netherlandish prints has grown considerably since these publications and we now have better access to collections. It is time to re-examine and analyse fifteenth-century prints of anonymous masters in a joined-up way. The existing corpus will be expanded through a study of the literature, searches in online collection databases, as well as examining original works in European print rooms. The research will result in a new volume on fifteenth-century Netherlandish printmaking in the series The New Hollstein. Dutch and Flemish Engravings, Etchings and Woodcuts 1450-1700, while discoveries that do not fit into the format of the Hollstein series will be published in scholarly publications elsewhere.

Joyce Zelen is currently an Andrew W. Mellon Fellow at the Rijksmuseum Amsterdam, where she is completing her dissertation on the remarkable collages of prints made by the writer, classicist and philosopher Hadriaan Beverland (1650-1716). She intends to defend her dissertation in 2019 at the Radboud University, Nijmegen. Previously, Joyce worked as a cataloguer for the Rijksprentenkabinet and the Koninklijk Oudheidkundig Genootschap. While studying for her degree in art history she did internships at the British Museum in London as well as the Kupferstich Kabinett in Dresden. She was awarded the Schulman and Bulland Article Prize by the Association of Print Scholars for her article The Venetian Print Album of Johann Georg I Zobel van Giebelstad in The Rijksmuseum Bulletin 63 (2015). At the Rijksmuseum Joyce has organised several displays focusing on prints. In addition she is a co-founder and chair of the network group Ars Graphica Dutch & Flemish. 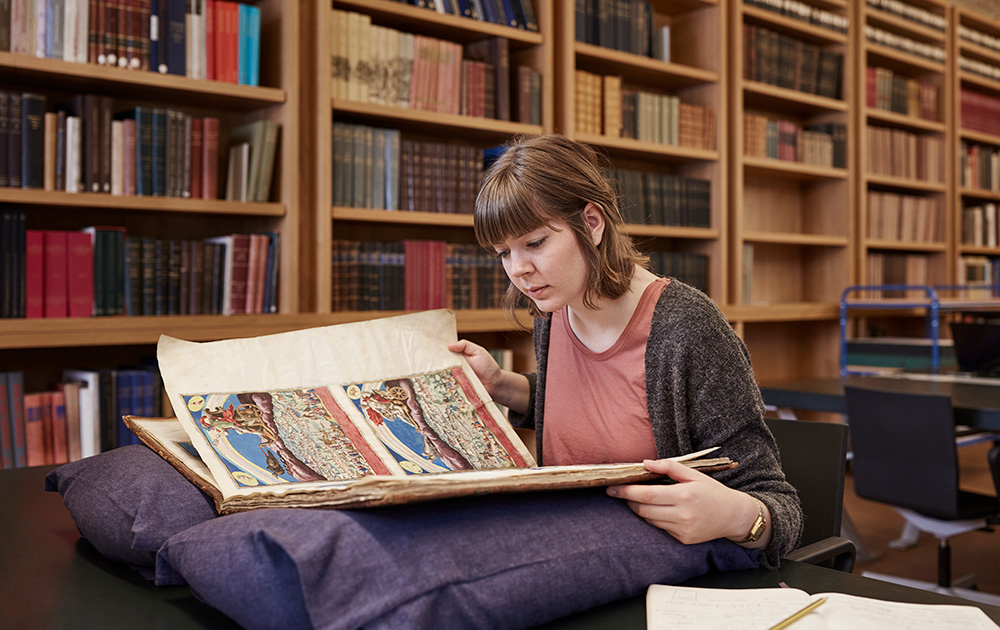