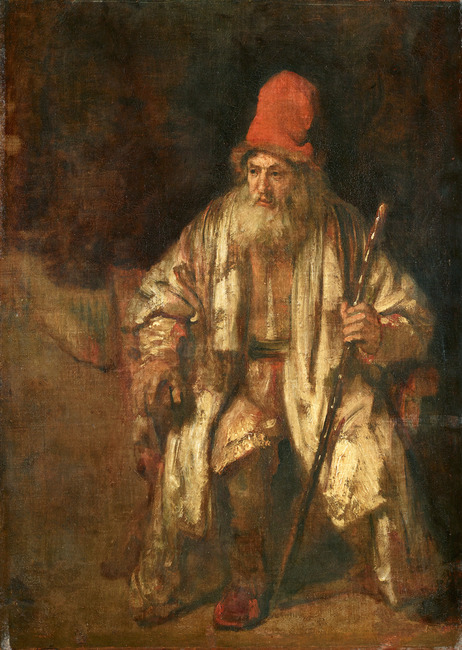 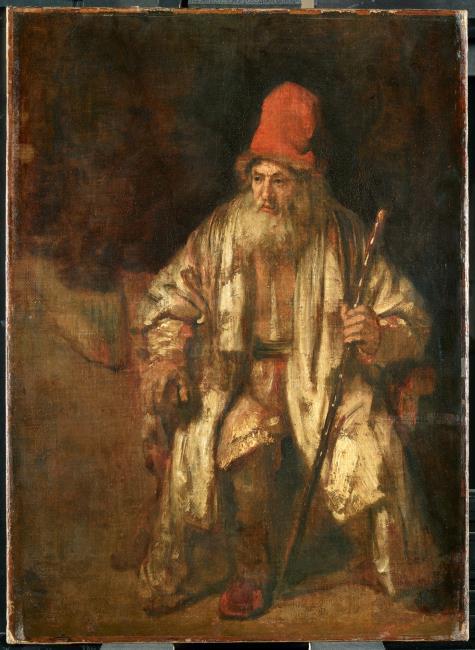 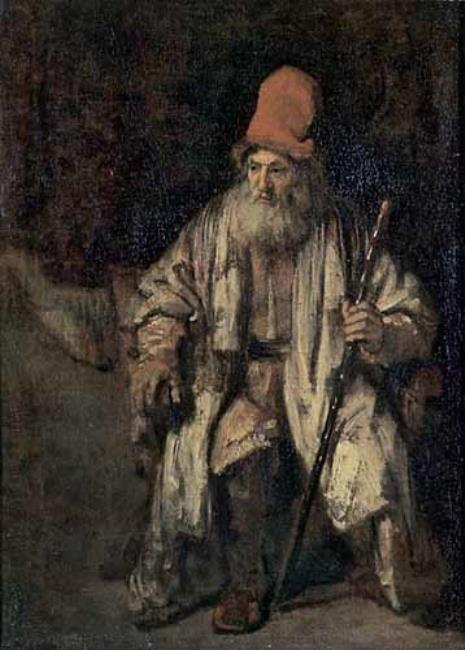 Current attribution
attributed to Rembrandt
Rejected attribution
circle of Rembrandt
Since the work was first mentioned in 1847 it had been regarded as an autograph Rembrandt. Despite the fact that in the same year, doubts about the attribution were raised in a news article on the auction of the Comte d'Espagnac collection, the attribution to Rembrandt remained (Mantz 1847, p. 100). This was first questioned by Klessmann during the Rembrandt conference in 1970 (Klessmann 1973, p. 47). He compared the painting's X-ray with the X-ray of Joseph and Potiphar's wife from the Gemäldegalerie, and concluded that the painting technique in the Old man with a red cap was so different that it could not be a work by Rembrandt. In the catalog of 1975 by Kelch the work was still included as a Rembrandt, but with a reference to the similar "broad and spirited brushstrokes" of the Old man in an armchair (London), which authenticity had already been questioned by Gerson (Berlin 1975, p. 35). Tümpel attributed the work to the workshop of Rembrandt, referring to Klessmann and Kelch's observations (Tümpel 1986, no. A 48). In the 1986 and 1996 catalogs of the Gemäldegalerie the work is included as by a follower of Rembrandt. Sumowski, who first opposed the idea of de-attributing the work to Rembrandt, eventually categorized it as by a Rembrandt imitator (Sumowski 1983-1994, vol. 6 (1994), p. 3518). After re-evaluating the work, Ernst van de Wetering attributed the work to Rembrandt again in the last volume of the Corpus (Corpus of Rembrandt Paintings 1982-2015, vol. 6 (2015), no. 230). Van de Wetering remarks that neither the poor condition of the work nor the fact that it is a study rather than a finished painting have been taken into account in the debates regarding the authenticity. He considers the manner of painting typical for Rembrandt's work in the 1650s, as well as the complex layered build-up of the clothing. In addition, its expressiveness and the fact that two workshop copies (or "satellites") after the Berlin painting exist, support an attribution to Rembrandt according to Van de Wetering. Following the arguments of Van de Wetering and after conducting more research, the Gemäldegalerie supports an attribution to Rembrandt.

Date
Exact or approximate dating of the described art work; the search parameters adopted for this art work in this database, are found in brackets.
c. 1650 (1650 - 1655)

25 hits in RKD technical, relating to: