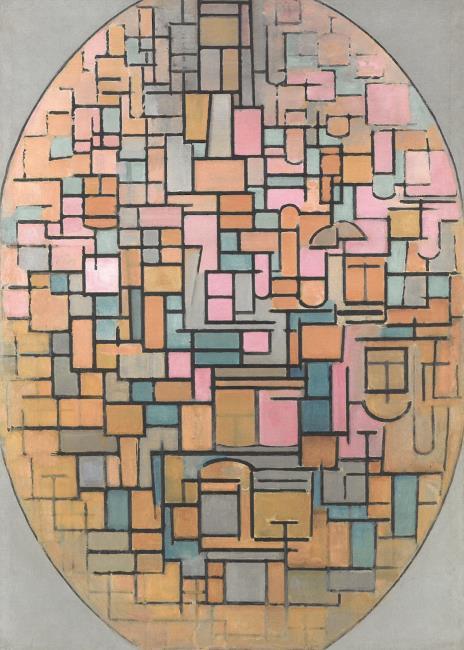 Date
Exact or approximate dating of the described art work; the search parameters adopted for this art work in this database, are found in brackets.
dated 1914 (1914)

Title
Title of the art-work in Dutch
Tableau III
Other (former) title
Other title(s) or name(s) which the work of art has had, or by which it is also known. This sometimes involves rejected identifications of the subject or sitter.
Composition in oval
English title
Tableau III
Keywords
abstraction, composition