The correspondence between Bart van der Leck and H.P. Bremmer

Bart van der Leck (1876-1958) is known first and foremost as one of the artists of the De Stijl movement. His art did not bring him financial success. Far from it: throughout life he struggled to make a living and support his family. It was the art pundit H.P. Bremmer (1871-1956) who came to his aid in this respect. For many years – almost 35 – he provided Van der Leck with regular financial support. In return for Bremmer’s payments, Van der Leck was to let him have the paintings produced during this period.

From 1911 to 1953, Van der Leck and Bremmer maintained a correspondence in which they carefully keep track of their mutual arrangement. In the letters that survive (124 in total) the receipt of money and arrival of artworks are promptly mentioned, without fail. However, the contact between the two men never evolved into a true friendship with a more intimate tone. The letters reveal why this was impossible. It was the inevitable consequence of the fact that it was a business relationship between two individuals whose rank and status were different. Bremmer’s superior position enabled him to exert influence on the artist’s work and reputation. Van der Leck was isolated, and able to keep his head above water, but he was aware that it meant he had to sacrifice his great ideal: the realisation of a new, modern and communal art. 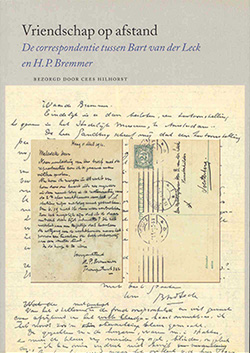